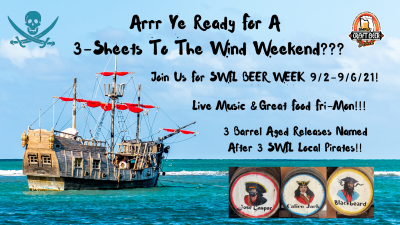 Arrr Ye Ready For A 3 Sheets To The Wind Weekend As We Awaken Our Barrel Aged Brews From Their Slumber?

Black Beard’s Rum Porter:
Blackbeard is our house Pirate’s Porter aged in a rum barrel for many months which added a sweet alcohol essence to this already chocolaty robust porter to form one delicious beverage.

Calico Jack’s Whiskey Porter:
Calico Jack is our house Pirate’s Porter aged in a heaven hill bourbon barrel for many months which imparted its’ bourbon aroma and taste to Calico. This robust beer is home to notes of chocolate and coffee while maintaining a rich and malty creamy taste.

Jose Gaspar’s Rye Whiskey Irish Red:
This brew was designed for all pirates alike. With a subtle alcohol warming you’ll notice the flavorful contributions from the barrel. While the rich malt bill provides toffee and caramel notes, the barrel adds a different level of complexity that can only be experienced by enjoying a glass yourself!

BONUS BREW: For A Pirates Hangover Cure…A Scotch Ale:
This strong scotch ale (also known as a wee heavy) weighs in at a robust 8.4% showcasing the capabilities of a multitude of malts blended to create one highly viscous, caramelized beer. Don’t let the abv shock you though, the harmony of malts plays well with the alcohol and even holds a subtle sweetness. What better way to cure a hangover than with a wee heavy!

An American Amber Ale with flaked rye brings a delightful balance of malt and hops. This all grain brew has generous Cascade hop additions that give it a medium-bodied mouth feel and citrusy floral tones.

Coastal Dayz Brewery is a brewery located in Downtown Fort Myers, Florida. Some say it’s the happiest brewery in the world, but we want you to check out the chill vibes for yourself. 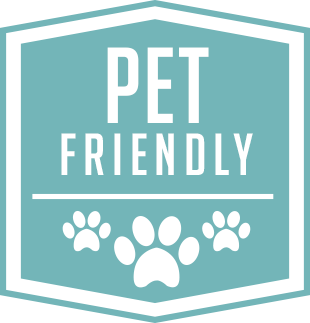 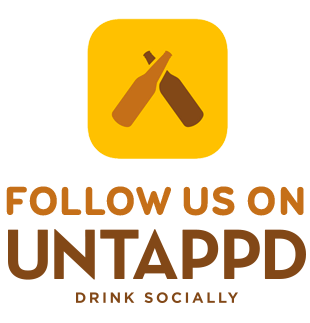